I have been wanting to try my hand at doing my own crochet flowers for card's. I found a pattern online and tried it out. I used some of my DMC threads. I think they turned out pretty well for my first try at these. 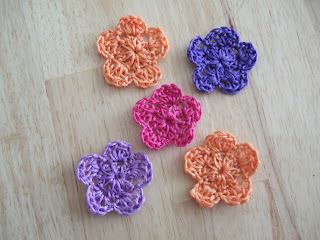 Next I tried some more using diferent yarns and fibers I had in my stash. I like the dark blue varigated ribbon. I sure was easier to do than the hairy yarns :) 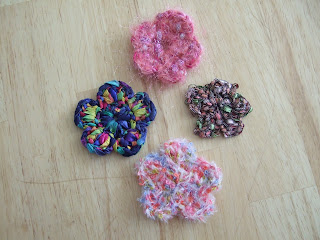 Here is a pic of the next swap I joined. It is a Food Gift Swap.
This recipe is yummy!!! 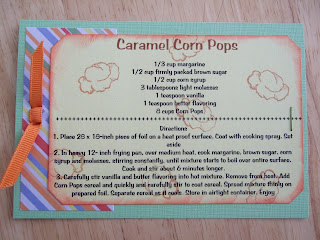 This is how many swap recipes I have as of now. I had the recipes in 4x6 binders, but I thought I would use the recipes more if they were handier. 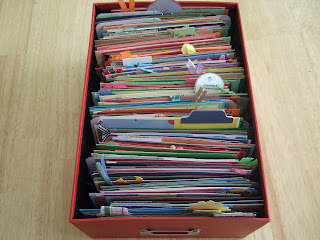 Posted by Connie's Place at 5:52 AM No comments:

Here is the beginning of our Rip The Strip project. Craig and I decided to just go out and weed the main part of our park strip. We both had a long weekend with the 24 of July being in Friday, and we both had it off from work. So we went out at 6 am to weed before it got to hot!!! We got it done in a few hours. So (I decided) to get cleaned up and head to Sandee's to look at their rock again. So we got ready and went. We both liked the Western Sierra rock so we went with that. We scheduled them to deliver the next morning. Then we went to Valley Nursery to get some of the plants we need for the strip. They had two of the kinds we need. The Elijah Blue Fescue and Slow Grow Sumac. Then we went to Lowe's to get the landscape fabric. While we were there, they had several plants for 80% off. So we picked up a few Mugo Pines. We got them for 87 cents, what a deal!!! I like when that happens. 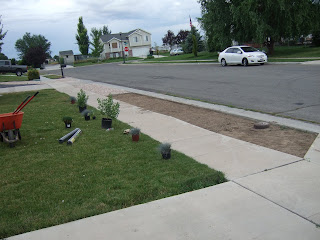 We got the plants in and the landscape fabric in too. Waiting for the rock to get here! 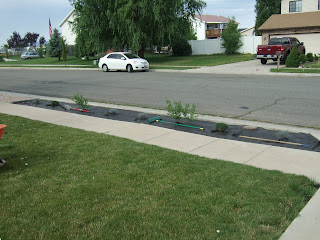 Craig & Cade did the shoveling. Carch made sure the rock was close to the edges. I was the raker. Craig did a final quick rake. What a team!!! 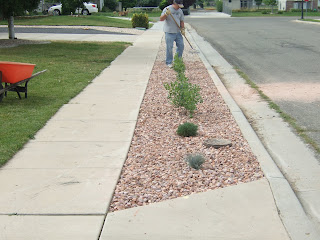 We watered the plants really good & the rock to get off all the dust. I think we have the nicest Park Strip around!!!! 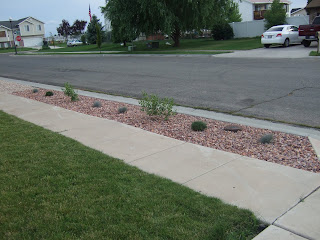 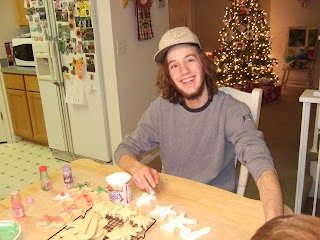 One of Calvin's favorite pics. I like it too!!! 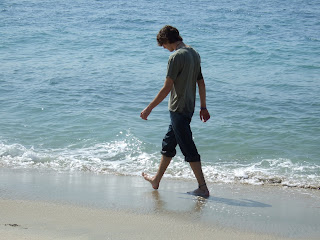 Posted by Connie's Place at 8:00 AM No comments: