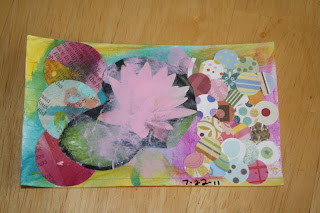 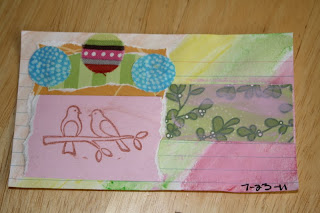 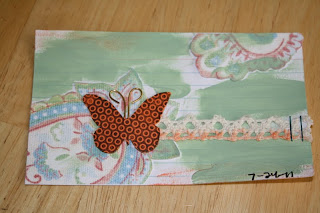 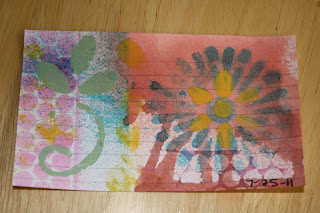 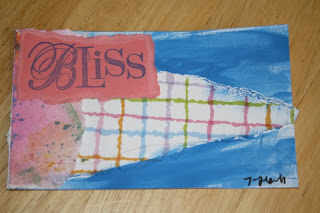 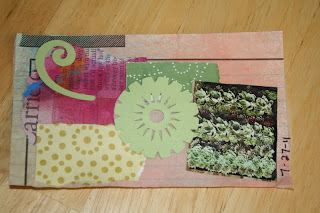 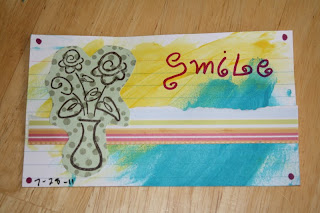 The concert was awesome :) 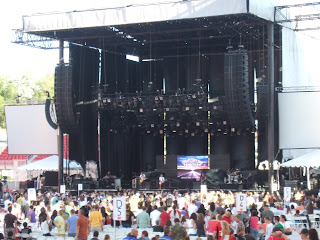 Night Ranger started off the concert. I was most excited to see them. They are awesome. I was a way happy girl when they played YOU CAN STILL ROCK IN AMERICA, one of the best songs ever, it's in my top 10!!!!!!! They also played Sister Christan, sweet, love that song. 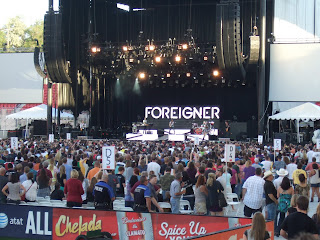 Next up was Foreigner. They were good too. They played mostly their hits, which was good. My favorite song from them for the night was Dirty White Boy, I had forgotten about that song, so when they played it, that was awesome :) 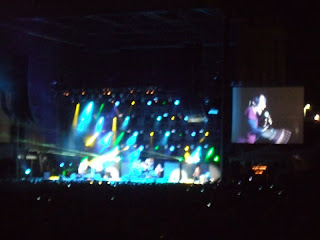 Third up was Journey. I was excited to see them too. I do wish I would have seen them when Steve Perry was singing. He is quite the songbird, beautiful voice. Arnel sang fantastically too. They had an awesome light show. They also blew confetti out of the huge air gun things(not sure what they are called). The sky was filled with white,fluttering confetti. Only a few pieces came our way, so we waited till a lot of the crowd was gone, and Carch went and got a few pieces of the confetti and I used the pieces in our homemade smash books. My favorite song from them was Stone In Love. I felt bad that I had forgotten that song, since it has been along time since I heard it, but I love it. And Lights... always awesome.
I had a super time, wished we would have been closer to the stage, but had a great time :)

This was a quick & fun page I made. I wanted to add some of the flowers from my yard in it :)
Digi elements from Tangie Baxter at Scrapbookgraphics and Fiddlette Designs over at Cat Scrap. 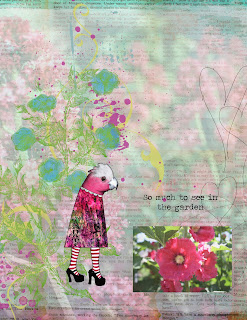 Connie
Posted by Connie's Place at 2:35 PM No comments:

Here is my newest set of cards. I found them easier to keep up with week conpared to last week.
So here they are... 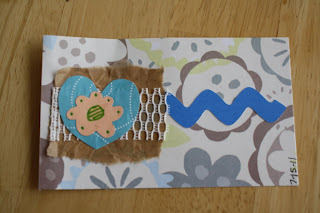 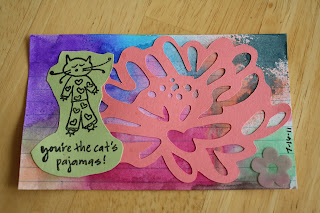 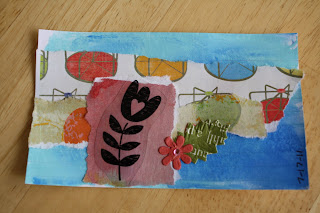 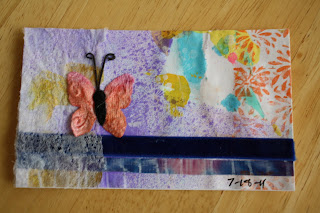 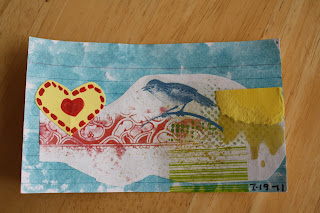 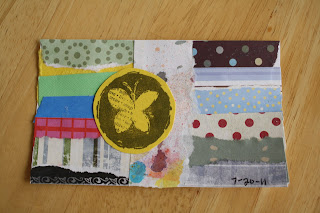 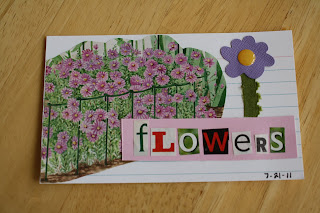 So there you have it. One weeks worth of index cards!
Connie :)
Posted by Connie's Place at 8:43 AM No comments:

Just love this time of year when lots of flowers are up and blooming.
Stella de oro daylilies.

Another unknown daylily.
Tiger daylily
Hollyhocks. These beauties are from seeds I got from a sweet lady my hubby works with. She got the seeds from her father, who got them from his mother. So I am thinking they have been in the family for close to 100 years or so. Super cool. I love havin' garden friends to share with. Thank you Sherrie Sugar :)

So here are the newest of the index cards. This week I had a harder time staying motavated to do one everyday. Two of the days I missed. I did think about going back to those days and go ahead and make a card. Then I thought no, no cheating if I didn't do a card that day fine, no go backs, just forward.

Have the best weekend :)
Connie
Posted by Connie's Place at 11:47 AM No comments:

I haven't posted an AJ page for awhile.

Connie
Posted by Connie's Place at 2:22 PM No comments:

Connie
Posted by Connie's Place at 5:41 PM No comments:

The countdown is on!!!! Two weeks until the concert, sooooooooooo excited.

I am so glad the company's who came out with Guitar Hero & Rock Band came out with those products. For my kids, they would listen to a little of the music I loved in the 80's & 90's. But with GH and RB you can play the songs, thus introduced our kids to more good ole' ROCK & ROLL bands. Bands who were pretty much gone away, but with these games bringing them back out to share their awesome music with people who loved them and a new generation to ROCK.